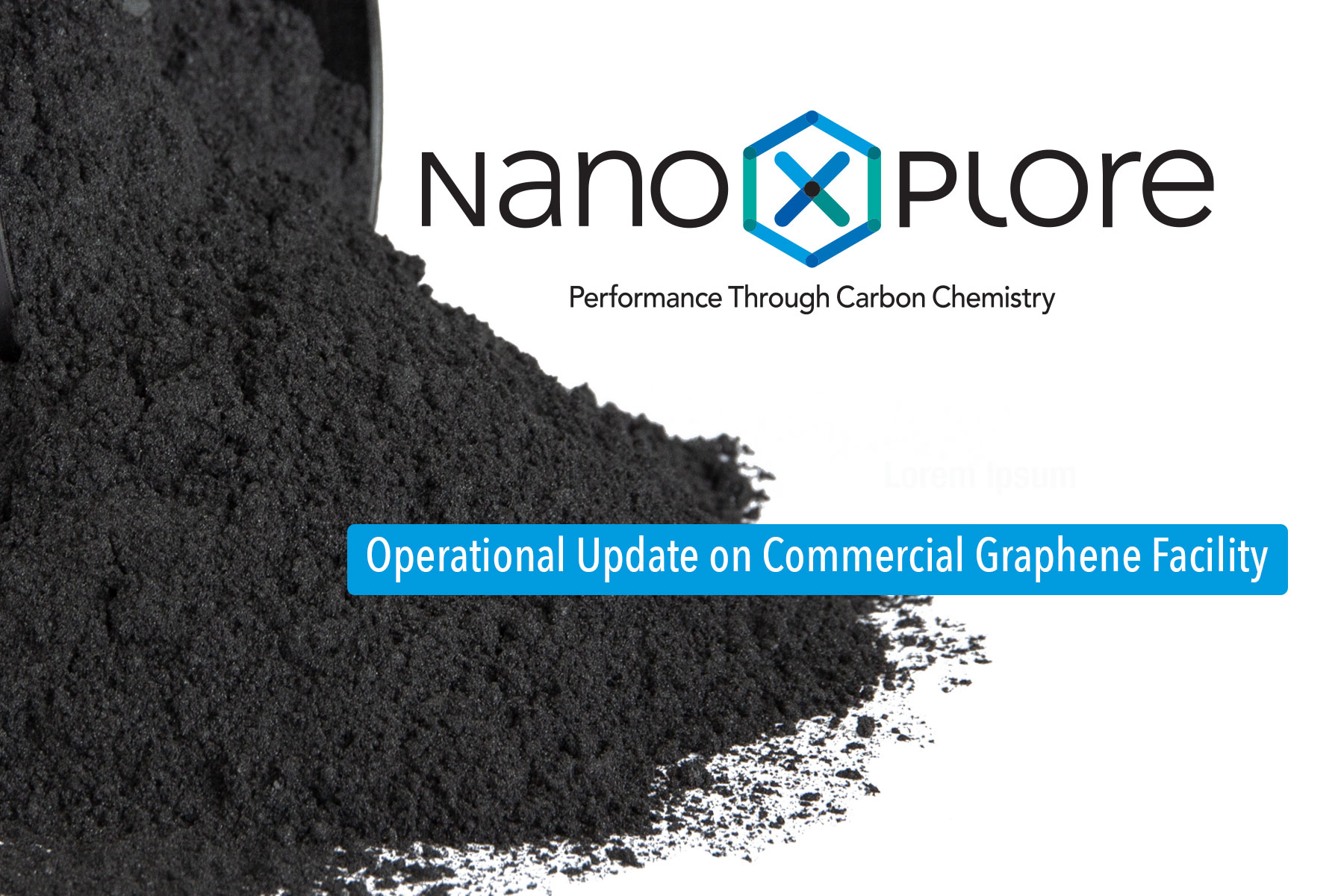 “We are delighted to report on the Corporation’s first significant operational steps in solidifying the commercialization of graphene. The operations team has been working diligently to ensure that the project remains on time and within budget. I am happy to announce that we have achieved this goal to date. We are now fully engaged and focused on the project’s execution that will further demonstrate that our technology is scalable and economically viable in comparison to other carbon-based additives. As originally scheduled, we plan to commission the new facility at the end of this calendar year and execute our Phase One objective (4,000 metric tons/year) by calendar Q1, 2020”.

NanoXplore’s new owners-built graphene production facility (located at 4500 Thimens Blvd, Ville St-Laurent (Montréal), Québec) will be housed within an existing 70,000 square foot building. The Corporation has ordered all major long lead time equipment for Phase One (4,000 metric tons/year) development with expected delivery scheduled for the end of calendar Q4 of this year. All main equipment is being manufactured in America and Europe by reputable companies and all engineering related to these purchases has been completed. No further major equipment purchases will be needed. The detailed engineering related to electrical and mechanical for the major equipment has been completed and remains on-going for other components within the facility. The procurement has been completed for all major equipment and NanoXplore has awarded contracts for the construction and automation of the new facility. The new graphene plant will be a fully automated production plant that will enable a connected and flexible manufacturing system.

NanoXplore anticipates CapEx to be 10% less than originally estimated. The overall development for Phase One (4,000 metric tons/year) of the new facility is expected to be on time and under the original planned budget. More specifically, the construction process has already commenced, as indicated above, installation and commissioning of the new plant is expected to begin during calendar Q4 of this year and all primary costs have been contracted and accounted for. The Corporation expects Phase One (4,000 metric tons/year), of a two-phase 10,000 metric tons/year production project, to be fully operational during calendar Q1 of 2020.

NanoXplore’s Operations team has been working diligently to ensure that continual improvements are implemented during the facility’s project development. The new graphene facility layout has been finalized and fully optimized. This optimization will allow the Corporation to add an additional graphene production line without the need of expanding the new facility as originally contemplated. Furthermore, significant developments in manufacturing efficiencies have bolstered single line graphene production output from 2,000 metric tons/year to 4,000 metric tons/year, doubling single line production capacity. This improvement was a result of a vigorous twelve-month R&D and engineering project that has been successfully tested and implemented at the Corporation’s current production facility. These results were further validated through additional testing on the new facility’s equipment at the suppliers’ locations in the US and in Canada.

NanoXplore’s Sales team continues to make significant strides as graphene becomes a viable solution for high-volume commercial applications. The Corporation’s focus is to replace current carbon-based additives within the thermoset and thermoplastic market by offering standardized products and solutions in powder and formulated formats. The Corporation continues to engage with large OEMs within various industries, such as automotive, wires and cable, pipe, packaging, and sporting goods, to provide enhanced solutions to traditional additives. NanoXplore’s ability to provide industrial volumes of graphene at an affordable cost is the key that unlocks the development of the graphene market, resulting in a market shift from a technology-push to a market-pull. This shift is already underway and will ensure the successful commercialization efforts done by the Corporation.

NanoXplore is a graphene company, a manufacturer and supplier of high-volume graphene powder for use in industrial markets. The Corporation provides standard and custom graphene-enhanced plastic and composite products to various customers in transportation, packaging, electronics, and other industrial sectors. NanoXplore is headquartered in Montreal, Quebec with nearly 400 employees supporting manufacturing facilities across Canada, the U.S. and Switzerland.